In May, due to a seminar Micheline Tissier , 6 dan shihan held in Cluj-Napoca -Romania, we had a very lovely talk about how and why she started to practice Aikido in Japan, when she was a teenager. How the Art changed over the years and what she is hopping for Aikido, in the future to come. But most of all, I invite you to read the opinion of someone that not only practices and teaches Aikido, but also lives it!

Paula Alexandrescu (P.A.): I know you started to practice Aikido when you were a teenager. So, you have a very important and large perspective on how Aikido transformed over the years. Please, do tell us about this transformation of The Art over the years.

Micheline Tissier sensei (M.T.): Before going to Japan I didn’t knew about Aikido. I was in Japan, staying in my brother’s hose and there was a party one night. After the party we started talking and they told me that in order to have a visa, to be able to stay in Japan, I have to do something, to learn something and I have a choice between karate, judo, aikido, ikebana etc. But, all these disciplines and their names were new to me. Karate and judo I saw on TV, but the rest, including Aikido were new . And I asked my brother what do the French people that were at his party do. He said Aikido and so I said: Aikido then I’ll do too!

P.A.: OK, but since then how did Aikido changed?

M.T. : It’s a long story, I started Aikido in Japan with my than future husband to be, Christian Tissier and, of course, I followed him back  in France again when he returned. I practiced with him a lot 4 hours a day during the week  and 12 hours over weekends. I passed my second, third and fourth dan exams like any other student, but there was a lot of practice.  Sometimes Christian kept forgetting about me and when I was telling him that other are preparing for the third dan for example he was saying that yes, you also, but I forgot about you!

Coming back to your question, I think Aikido changed in a good way especially on the ukemi part. Back then, people were falling, but not like present days. It wasn’t such good ukemi. There was a progression of aikido, of technique. Same technique, but uke being better, also the dynamic of Aikido is better!

P.A. : When did you started to teach Aikido and why did you took this decision and how?

M.T.: It was a beginners class in Cercle Tissier, last year we were living in Paris, when Christian (Tissier shihan, 8 dan) decided to give me this class. He saw I was able to do it, but in the same time it was my first class. The same time I was teaching this beginners class, he was teaching in the higher ranks class and each time he was opening the door, check what I was doing and that was very stressful.  I said if you continue to do that I will stop. He respected my wish, he stopped doing that and I continued to teach that beginners class and after six months, he came to my class and told a few of my students they can come to his advanced class, but my students looked at him and told him that they prefer to stay with me. And from there, I started to extend and develop as teacher and since, didn’t stop! At that point I think he understood I was a good teacher and he stopped bothering me. (Laughter)

P.A.:  What do woman sensei bring new, or different, from man sensei?

M.T.: We don’t have muscles and when we grow, we develop and grow the technique and the speed. For that I say, we really do Aikido! Anyone that joins technique and speed without muscles can be better than someone with strength. It is the same Aikido, but when a man starts, he wants to use the muscles because is normal for man to do that, but not for women.

P.A.: You teach Aikido in many countries, in different continents, do you see different approaches on The Art?

M.T.: Yes, it depends on the sensei they fallow. For example, in France,  most of people  fallow Christian, but in USA not only him, so it is different, the perspective, the approach to Aikido technique,  from one sensei to another.  Where I went to teach, even having a different way to teach, people wanted to learn and were very open to me and my teaching.

P.A.: You started, as we earlier mentioned, to practice Aikido as a teenager, in Japan, for your visa, but how did your motivation changed over the years?

M.T.: I used to practice athletism, in a high level, I was champion of my country and I also stayed in a special place (school), for athletes, to train to become champions. At that point my parents decided to send me to Japan for more preparation, for 2 years. So, I was used to hard training. In that school for athletes, in France, if you didn’t had good results for 3 months on a road they kick you out. I was used to intensive and hard training, but still in Japan, when I started to practice Aikido, the teacher for beginners he only put us to walk  on our knees for the entire hour. That was the class. I was 15 years old, my feet and knees where bloody and I was in pain, but each day I had to come back! I think that it would have been impossible without the hard training in athletism before. But it was possible because I knew what hard training is!

P.A.:  What advice do you have for the Aikido teachers?

M.T.:  Always have a smile on your face and take good care of each person.

P.A.: But would you give a different advice to a woman sensei?

M.T.: Usually the expectation for a woman is to specialize in children. At least men do want that. They don’t think you can teach adults. They also tried that with me, but I categorically refused! I said I can give seminars for everybody, including children, but I am not specialized in children! It’s not that I don’t like it, but I want to teach adults and I’m not a children specialist.

P.A.: We have a difficult lifestyle, with lots of stress, and many fast social-political changes. Living in this challenging social environment, many martial arts specialists are optimistic and others pessimistic. What is your opinion regarding the future of  budo generally, as we know Aikido is budo?

M.T.: It is a difficult question. Aikido is the same, from the principles point of view, but the mentality of people changes each year. As I told you earlier, when I was practicing with Christian, we were practicing 12 hours each weekend. But then, people started to say that Saturday morning they want to take a long walk in the park. After, maybe is better just one day. So, now they practice only 3 hours each Sunday morning. After, they want to eat with the family, spend time with their children and I know is normal, but you cannot do all in one day. So, I don’t know what the future is, but my hope is that Aikido will remain Aikido, real budo!  Not like in China, with competition and so on. No, I want it to stay BUDO!

P.A.: You’ve got to a level where not many people get, you have 6 dan and teach all over the world. What do you expect now from Aikido?

M.T.: I think I have all I dreamed and more. I never dreamed I would have so much and for that I am very happy. Each time I’m on tatami, students don’t know, but I look at O’Sensei Morihei Ueshiba’s portret and I say: Thank you! Because it’s very important for me (tears in the eyes).

P.A.: How do you aplly Aikido outside the tatami?

P.A.: You said you also dance. When did you start dancing and how did that help you in Aikido?

M.T.: The way you use your hips in dance is the same in Aikido and also many positions. For example, when you open your leg is the same in dance. Hips position is the same. If  you are a good dancer, you can become a good aikidoka. When I started Aikido, I was dancing for 8 years already and after in the same time.

P.A.: Can you tell us something that people don’t usually know about Micheline Tisser shihan?

M.T.: (Laughter) As I said earlier I’m the same person on tatami and outside of it. There is no secret about me! I have a good life, a good family, good children and I hope I’m a good grandmother! I have a good relationship with my ex-husband and his wife, everything is good! I’m happy!

P.A.: Thank you very much, sensei!

M.T: Thank you! It was a very nice moment! 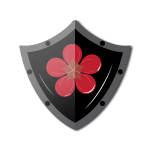